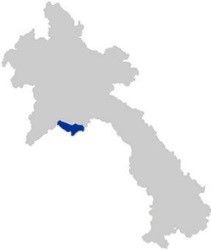 Vientiane, the capital and largest city of Laos, is located on the bend of the Mekong River, at which point it forms the border with Thailand. With population of nearly 800,000, Vientiane was established as the nation’s capital by King Setthathirath in 1563 to avoid Burmese invasion.

The city is blessed with many age old Buddhist temples scattered everywhere, several colonial buildings leftover during the French colonization. Vientiane is known for its relaxing atmosphere, life moves slowly here. The small city can be easily explored on foot or by bike. The countryside is in a short distance with rice paddies.

Vientiane has tropical wet and dry climate with two distinct seasons. The dry season starts in November and ends in March. The rainy season is from April to October. Though the weather tends to be hot and humid throughout the year, the temperature in the dry season is cooler than in the wet season.

Vientiane has three bus stations: the Central Bus Station, the Northern Bus Terminal and the Southern Bus Terminal. There are regular buses connecting these bus stations to other provinces as well as to the neighboring countries of Thailand, Vietnam and China. If you travel from Thailand, the most common way is by bus crossing the Thai Lao Friendship Bridge. There also are non-stop bus running between Vientiane and Nong Khai, Udon Thani and Khon Kaen. From Hanoi, Vietnam, there are direct buses which take about 20 hours to reach Vientiane.

Svelte and golden Pha That Luang is the most important national monument in Laos and a symbol of Buddhist religion and Lao sovereignty. Legend has it that Ashokan missionaries from India erected a (stupa) here to enclose a piece of Buddha's breastbone as early as the 3rd century BC. The original was built in 1566 by King Setthathirath, and was restored in 1953. The golden stupa is 45 meters tall and is believed to house a relic of the Lord Buddha.

Buddha Park, also known as Xieng Khuan, was built in 1958 by Luang Pu Bunleua Sulilat, a monk who studied both Buddhism and Hinduism. It is located about 28 kilometers south of Vientiane at the edge of the Mekong River.  The park contains a collection of 200 Buddhist and Hindu sculptures, scattered amongst gardens and trees. The most outstanding is perhaps a statue of Indra, the king of Hindu gods riding the three-headed elephant

The temple of Wat Si Muang was constructed on the ruins of a Khmer Hindu shrine, the remains of which can be seen behind the ordination hall. It was built in 1563 and is believed to be guarded by the spirit of a local girl called “Si". There is the legend that pregnant women at the time of construction were given to as sacrifice to God, just as the pillar was being lowered into the hole. In front of the temple stands a statue of King Sisavang Vong.

This old French building, flanked by cherry blossom and magnolia trees, was formerly known as the Lao Revolutionary Museum. The museum houses a good range of exhibits, artifacts and photographs from ancient times up to the present day such as dinosaur bones, pottery shards and Khmer sculptures that trace the early history of the region, as well as the turbulent modern history of Laos from the Siamese invasions and the French colonial period to the American military presence during the Vietnam War.

Built between 1819 and 1824 by Chao Anuvong, the last king of the Lan Xang Kingdom, Wat Si Saket is famed for its cloister wall housing thousands of tiny Buddha images. More than 6,000 seated Buddhas, dating from the 16th and 19th centuries come in all sizes and are made from wood, stone and bronze. During the early hours of the day, visitors will encounter locals visiting the temple to pray and offer food to the monks. The temple also boasts beautiful architecture and layout, its lovely surrounding verandas, an ornate five-tiered roof, a drum tower, and a small library building with a Burmese-style roof and the flowered ceiling of the ordination hall. It is the only temple in Laos which survived the Siamese occupation that destroyed much of the capital in 1828, making it become the oldest Buddhist monastery in the country.

Haw Phra Kaew is a former temple in Vientiane. The original temple was built in the 16th century by King Setthathirath to house the Emerald Buddha figurine.  When Vientiane was seized by Siam (now Thailand), the figurine was taken to Thonburi, and is now in the Wat Phra Kaew in Bangkok. The temple was destroyed, and then rebuilt in the 19th century. The present-day temple was renovated by the French in the 1940s, during the colonization of French Indochina and today houses the Museum of Lao Art.

Patuxai, literally meaning Victory Gate or Gate of Triumph, is a war monument in the center of Vientiane. It was built between 1957 and 1968 to dedicate to those who fought in the struggle for independence from France. Resembling the Arc de Triumph in Paris, it is located at the end of Vientiane’s major avenue and boasts a typical Laotian design, including “Kinnari”, a mythical bird woman. The interiors and exteriors are decorated with richly painted walls and ceilings featuring mythological creatures. Visitors can climb to the top of the monument for a panoramic view of the city.

90 kilometers north of Vientiane, the huge reservoir created when the Nam Ngum River was dammed in 1971. The deep green waters of the lake are dotted with numerous islands, stretching to a dramatic horizon lined with mountains whose peaks lost in mist. Tourists can visit Nam Ngum either on a day trip from Vientiane or Vang Vieng or en route between the two.

The Vientiane night market begins around sunset on the bank of the Mekong. This is great place for tourists stroll around, enjoy the cooling breezes and go shopping. Products on sale are Buddhist-inspired paintings and knickknacks, cheap sunglasses, and Beer Lao, T-shirts.

Lao people eat sticky rice more than any other country on average of over 156kg per person every year. Rice is rolled by hand into small balls then put into woven basket. When eating, people use hand dip those balls into food and sauce. Remember to try Khao Lam, a special variation of glutinous rice cooked inside a bamboo tube then baked under the fire to create an earthy, woody flavor. 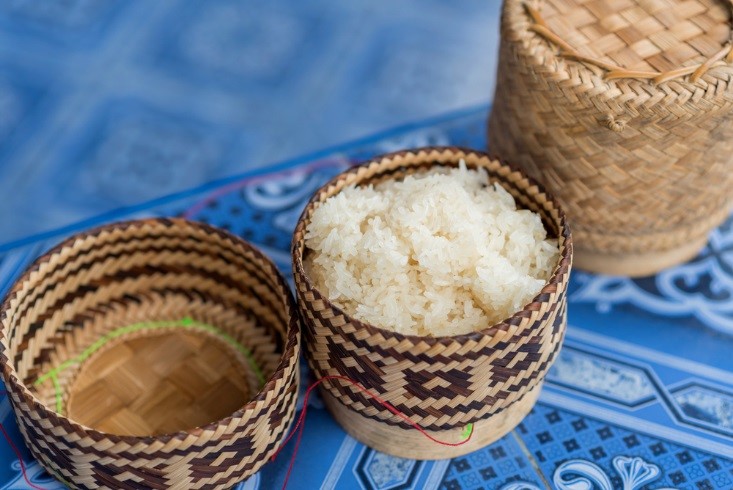 Laap in Lao mean luck and peace is perhaps the best-known dish in Laos. The dish is a mix of beef, pork or chicken with chopped pork liver and spices such as lemon juice, chili, and pepper. Laap is served with lettuce, herbs and string beans. All together create a distinctly special flavor. 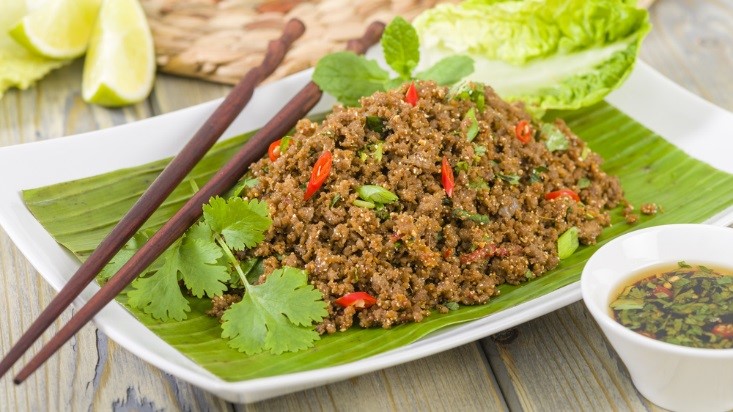 Papaya, which are not too green or ripe are grated into year then mixed with lemon juice, shrimp sauce, eggplant, pepper and chilies. Tam mak houng is best served as a side dish with sticky rice, slow chicken or pork. 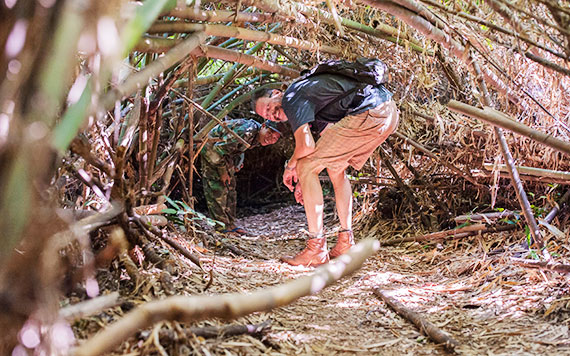 1
Days Vientiane – Orchid Trekking
Type: Historical & Cultural | From: $86 pp
If you love orchids and the nature, then this is your trek. Spending full day... 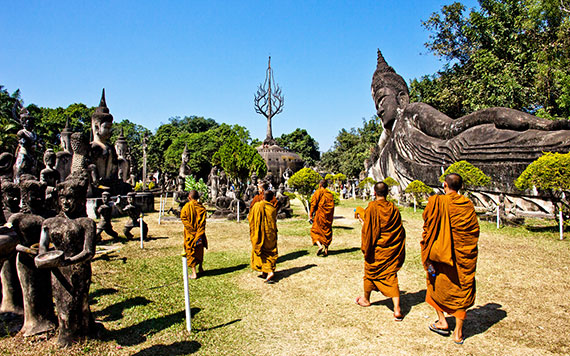 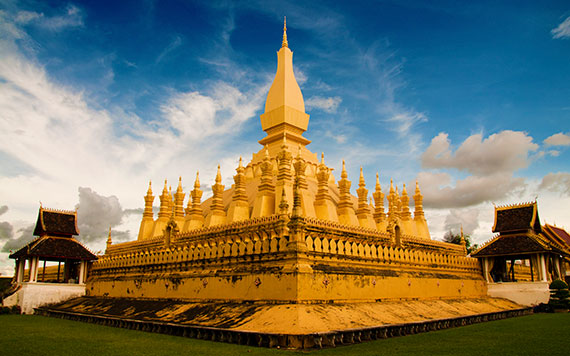 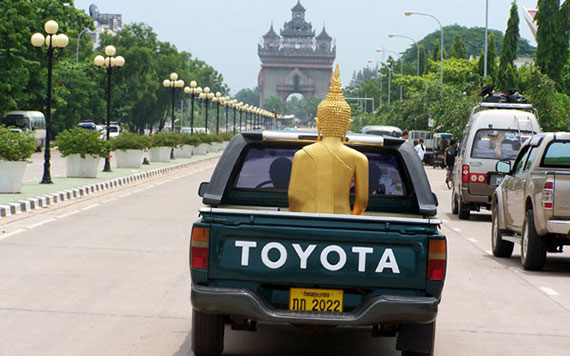 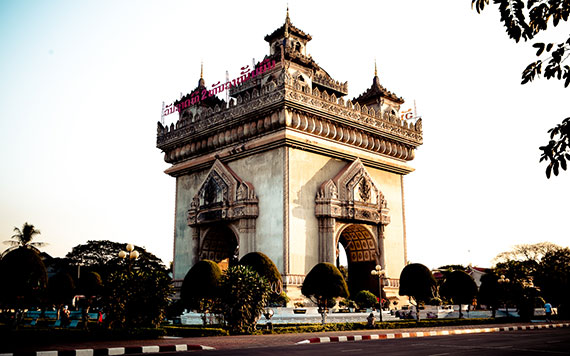 1
Days Vientiane – Full Day City Tour
Type: Historical & Cultural | From: $22 pp
Located on the banks of Mekong River, Vientiane is one of the least discovered... 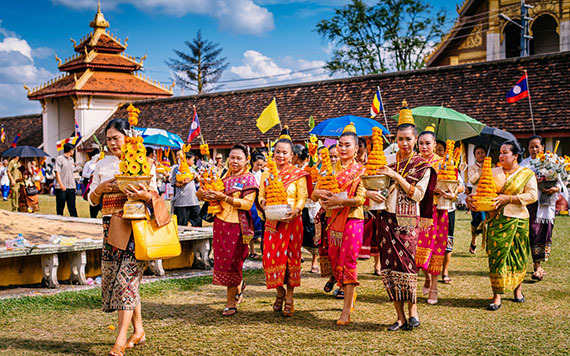 0.5
Days Vientiane – Half Day City Tour
Type: Historical & Cultural | From: $17 pp
If a visit to Wat Si Muang will offer a fascinating insight into how old...
Simply express your tour needs, we'll customize a trip plan for you. No deposit is required
until you are totally satisfied with the trip plan.
Free call +84 - 24 - 3835 4899
Create your trip now
Privacy Policy | © 2015 365Travel.asia. All rights reserved
Member of