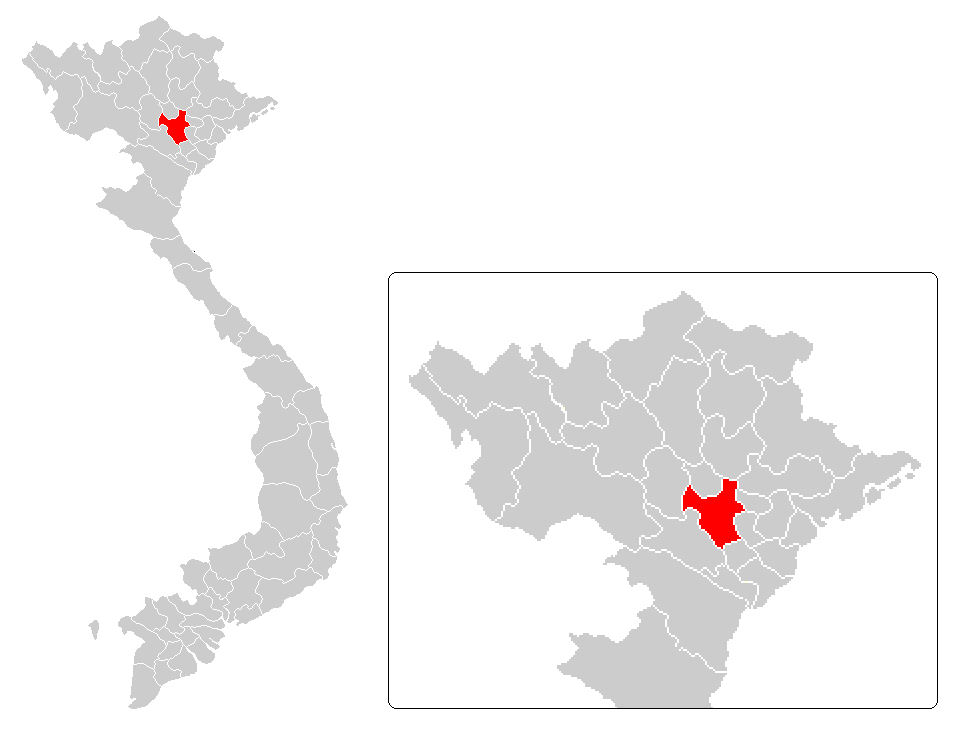 Since its establishment as Vietnam’s capital, Hanoi has been a city of contrasts, from hidden coffee shops waiting to be discovered to the emerging con-temporary art galleries; from historical monuments to ancient pagodas and temples and luxurious designer stores. This fascinating city holds deeply its roots and sense of history and has welcomed the modern world. Today, Hanoi is a sophisticated and elegant city, bursting with character.

Hanoi was first established as Vietnam’s capital in 1010 when it was named Thang Long (literally meaning Ascending Dragon), but before that time, people settled this land back as far as the 3rd century BC. The city changed its name many times throughout history before the Nguyen dynasty gave it the modern name of Hanoi in 1831.

Today, the capital enjoys a rapid grown on both economy and society. The many skyscrapers popping up in new urban areas have changed the cityscape and formed a modern Hanoi beside the old city. Still, Hanoi remains much of its old charm of bygone eras, despite several invasions, occupations, restorations and battles that raged over it.

The Hanoians take great pride in their long-standing culture, their rich tradition, their world-famous cuisines, and their ultimate love for this city. And for the people of Vietnam, Hanoi had been and will always be their beloved capital for many years to come.

Being the capital of Vietnam for such a long time, Hanoi boasts a rich cultural heritage left by most Vietnamese dynasties. Not was that, in the colonial time, the city was modeled by the French with stylistic architectural relics that are still alive today.

In Hanoi, you might find yourself sipping some strong coffee or sitting at a street-side restaurant, slurping up a bowl of Bun cha while watching flows of people on motorbikes rushing by. It is Hanoi, a city to be savored.

Hanoi’s weather is divided into two main seasons: rain season from January to September and the dry season from October to April, but thanks to transition moths, the city enjoy four distinct seasons in a year.

Hanoi’s spring from February to April is humid and wet with drizzles. Normally, the temperature is about 15 – 20 Celsius degree, a perfect condition for plants to bud and flowers to bloom. This is also the time for Tet – the most important holiday of Vietnamese people, to come.

A hot and humid summer lasts from May to August with July being the hottest moth. The average temperature is 32 Celsius degree and has risen up due to global warming. Get prepared for frequent rainfalls which is a feature of Hanoi’s summer.

Perhaps the most beautiful season of Hanoi is fall, from September to October. Despite being a short period, this season is characterized by a mild temperature, gentle sunlight and cool breeze. Hop on a plane to Hanoi in autumn and you will be treated to some of the most romantic landscapes in the world with a rusty riot of yellow and gold leaves, a slow pace of life and the fragrant Hoa Sua (milk flower) which has become a “specialty” of Hanoi autumn and go into the many songs and poetry for years.

Winter often starts from November to January with a cold and dry weather. Remember to bring warm clothes as at times the temperature drops below 10 Celsius degree. Imagine that can happen in a tropical country like Vietnam! If you visit the capital during winter, warm up your chilly day by sampling its famous street food.

It seems that best time to travel Hanoi is from September to November or from March to April when the weather is mild with temperature ranges from 18 to 30 Celsius degree.

Although Hanoi has fewer direct international flights than Ho Chi Minh City, it has direct flights from Paris, Los Angeles, San Francisco, as well as most cities in East and Southeast Asia to Hanoi.

From the airport, you have many options to get into the center such as the airline’s minibus, local bus, taxi or private car.

Hanoi train station is about 10 minutes by car from the center. If you cross the border to Vietnam from China, you might board the train in Lao Cai and arrive in Hanoi in early morning. The Reunification railway linking Hanoi with Ho Chi Minh City offers travelers a comfortable and leisurely way to see Vietnam. The 1,726 km railway established during the French colonial rule begins in Hanoi, passes through 19 provinces and end in Ho Chi Minh City.

Most of provinces in Vietnam have bus to and from Hanoi through three main bus stations: My Dinh, Giap Bat and Gia Lam.

Known as Vietnam’s first University and located 2 kilometers west of Hoan Kiem Lake, the Temple of Literature is a rare example of well-preserved traditional Vietnamese architecture. Founded in 1070 by Emperor Ly Thanh Tong, the temple is dedicated to Confucius and honors Vietnam’s finest scholars of literary accomplishment.

Visitors are welcomed by an imposing tiered gateway that leads through the gardens and to the Khue Van Pavilion, constructed in 1802. The northern side of this courtyard is marked by a low-slung pagoda housing an extraordinary statue of a majestic Confucius, depicted with a goatee and bearing scarlet robes, flanked by four of his disciples.

The One Pillar Pagoda was originally built in 1049 by the Emperor Ly Thai Tong, who ruled from 1028 to 1054. The pagoda was built to honor the emperor’s peasant wife who bore him an heir. Built of wood on a single stone pillar, the pagoda is designed to resemble a lotus blossom, the symbol of purity. The original pagoda was destroyed in 1954 by the French upon their withdrawal from Vietnam. The present day pagoda was rebuilt by the government in the following year.

Legend claims that in the mid-15th century, Heaven sent Emperor Le Thai To (Le Loi) a magical sword, which he used to drive the northern invaders from Vietnam. After the war a giant golden turtle grabbed the sword and disappeared into the depths to restore the sword to its divine owners, thus inspiring the name Ho Hoan Kiem (Lake of the Restored Sword). Every morning, local residents practice traditional tai chi on the shore.

Ngoc Son Temple sits on an island in Hoan Kiem Lake. The ramshackle Thap Rua (Turtle Tower), set on an islet near the southern end, is topped with a red star and is often used as the emblem of Hanoi.

The Old Quarter is the heart and soul of the city. It first appeared in the 11th century after King Ly Thai To built his palace. Initially, as a group of workshop villages surrounding the royal palace, it then gradually transformed into craft cooperatives, thereby gaining its reputation as the business trading area of the Red River Delta. Constructed in a long and narrow style, the streets are a must when visiting Hanoi, as they provide an interesting adventure.

This complex is a special place of pilgrimage for many Vietnamese who visit the area to pay homage to Hoi Chi Minh, leader of modern Vietnam. It is a traffic-free area of botanical gardens, monuments, memorials and pagodas. Within the complex are Ho Chi Minh's Mausoleum, Ho Chi Minh’s Stilt House and the Presidential Palace, as well as the Ho Chi Minh Museum.

Vietnam Museum of Ethnology is both a research center and a public museum, exhibiting the ethnic groups of Vietnam. It also serves as a center for scientific research, collection, documentation, conservation, exhibition and preservation of cultural and historic patrimony of Vietnam’s different ethnic groups.

The pagoda was built in the 6th century, giving it the title of the oldest Buddhist temple in Hanoi with an age of nearly 1,500 years old. It sits on an islet of West Lake and is linked to the mainland by a small causeway. With the harmonious architecture taking advantage of the watery landscape, Tran Quoc Pagoda is a serene place to visit. The sunset here over the vast lake are also renowned.

Duong Lam is a commune of Son Tay Town. Two of Vietnam’s kings, Phung Hung (761-802) and Ngo Quyen (896-944) were born in Duong Lam, giving this village historical importance. Both kings led resistance wars against northern invasion and after winning national independence, were crowned kings. After their deaths, the local people built temples in their honor. The ancient village has a history of about 1,200 years, with many houses dating back up to 400 years.

This is unique traditional art of Vietnamese that dates back as far as the 11th century in the villages of the Red River Delta in North Vietnam. Puppets are made of wood then lacquered. Puppeteers who are normally hidden behind a screen controls these puppets through a complicated system of bamboo rod and string under the water in a waist-deep pool.

Take a cyclo tour around the Old Quarter for an hour or so is a worthwhile experience. The feeling of passing through small and bustling streets is somehow like a slow movie bring you back to an old Hanoi. So take the chance to board a cyclo to enrich your experience. And last but not least, deal the price with the driver before you get on.

Food is at the very heart of Vietnamese culture. And Hanoi is simply a perfect place to enjoy its world-class cuisine. Great food in the capital isn’t just fine dining in luxurious restaurant, it’s about local specialties served on the streets. The following lists some of the most popular street foods that one must try when in Hanoi.

Pho is synonymous with Hanoi although the dish was originated from Nam Dinh province in Northern Vietnam. You can find pho anywhere from humble street-side outlets to classy hotels at any time of the day but it’s usually served for breakfast. Pho consists of fragrant broth, thick rice noodles, and slices of tender beef or chicken. It's as simple and tasty as that.

The dish was originated from Hanoi, so it’s obviously the best place to try this delicious delicacy. A set of bun cha consists of grilled fatty pork served in a light dipping sauce with rice noodles and herbs. Some popular bun cha restaurants are Bun cha Hang Manh, Bun cha Nem cua be Dac Kim and Bun cha Huong Lien where the US President Barack Obama enjoyed some bun cha during his visit to Hanoi in May 2016.

Bia hoi is a special homemade beer, unpreserved and brewed daily. It was firstly introduced by the French in the 1890s under the name The Hommel brewery - brewed beer. At that time it was only for the wealthy due to the high price. After the French withdrawal from Vietnam in 1954, people changed its name to Hanoi Brewery and only until the production of Vietnamese rice wine was restricted when the Bia hoi became a popular drink to local people. A big beer glass costs 5000 – 7000 VND. Most travelers to Hanoi are familiar with Bia Hoi corner at the intersection of Ta Hien and Luong Ngoc Quyen streets. Here people sit on small plastic stools on the sidewalk, drink cold refreshing beer tapped from barrels while watching life goes by.

A blend of chicken egg yolk, Vietnamese coffee powder, sweetened condensed milk, butter and cheese to create a fatty, fragrant and bold flavor. This kind of drink is served in many café throughout Hanoi, but the best egg coffee is perhaps at Giang’s, a humble café hidden on a small lane on Nguyen Huu Huan Street in the Old Quarter.  The cup is put inside a bowl of hot water to keep its temperature.

Just ask!
Become our partner
Simply express your tour needs, we'll customize a trip plan for you. No deposit is required
until you are totally satisfied with the trip plan.
Free call +84 - 24 - 3835 4899
Create your trip now
Privacy Policy | © 2015 365Travel.asia. All rights reserved
Member of